Bathroom Renovations Showers Reign Supreme – Renovators in the U.S. are making space for larger showers in their master bathrooms, according to the 2019 Houzz Bathroom Trends Study. Four in five renovating homeowners upgrade their shower during bathroom projects and more than half increase the size of the shower during shower upgrades. Additionally, one quarter of renovating homeowners elect to remove their bathtub during renovations, with more than 80% of that cohort instead choosing to enlarge the shower rather than replace the tub. 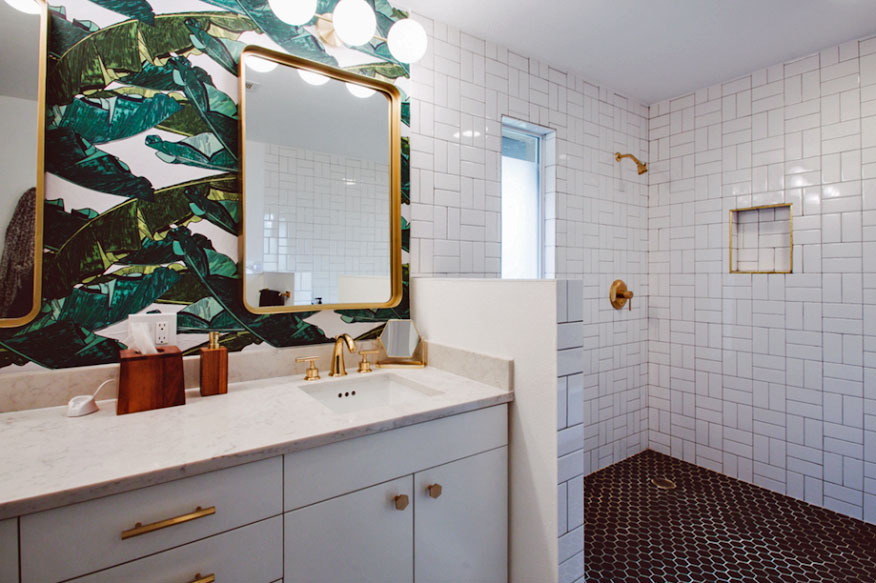 This article first appeared in Remodeling.

The additional space allocated for the shower does not always coincide with a larger master bathroom, though, as only one in five homeowners expanded the square footage of their master bathroom during their renovations.

Compared with 2018, there is an increase in homeowners who reported always wanting to renovate their bathroom and finally had the financial means to do so. The share of renovators motivated by old bathrooms deteriorated or broken down have increased relative to 2018, while the share of homeowners motivated by the desire to personalize a newly purchased home or no longer being able to stand their old bathroom declined.

Nearly nine in ten renovating homeowners elect to change their bathroom’s style during a project, and transitional and modern styles are gaining popularity. Popularity for both styles is up to five percentage points in 2019 compared with 2018. However, the popularity of contemporary and traditional bathrooms is waning, as popularity declined four and five percentage points respectively YOY. Farmhouse style has also lost steam after incremental increases in popularity in the past two years, and its market share fell three percentage points from 2018 to 4%.

While accent walls are gaining in popularity, white is regaining its popularity as the primary color in the bathroom after a lull in recent years, the Houzz study finds. The percentage of renovators favoring white flooring has risen five percentage points in the past two years and white is increasingly used for countertops and non-shower walls in bathrooms. It is now the most popular color for vanities, countertops, and shower walls.

Nearly a third of renovators elect to upgrade the medicine cabinet in their master bathroom, with 40% of that cohort opting for a custom or semi-custom cabinet. More than two in three homeowners include outside mirrors in their upgraded medicine cabinets and recess the cabinets into the wall. Medicine cabinets increasingly boast premium features, including lighting on both the inside and outside, hidden plugs, and anti-fog systems.

A majority of renovators elect to include premium features in their upgraded showers and bathtubs. Nearly three in five homeowners who opt for premium upgrades to their shower install a rainfall showerhead, while 70% of homeowners who update their tub upgrade to a soaking tub. One-piece toilets are also a common premium upgrade among homeowners.

In addition to premium upgrades to bathroom elements, the popularity of high-tech toilets increased six percentage points in the past year. Now one in three upgraded toilets boast technologies such as self-cleaning, seats with a bidet or heating element, or overflow protection. Faucets are also a popular candidate for high-tech upgrades, with nearly 20% of upgraded faucets including no-fingerprint coatings.

For the second consecutive year, 83% of renovating homeowners hired professionals. The hiring of general contractors stagnated at 46% while the hiring of bathroom remodelers and bathroom designers increased two and three percentage points respectively compared with 2018.

Vincent Salandro is an assistant editor for Remodeling and ProSales. He graduated from American University with a B.A. in broadcast journalism and a B.S. in economics.

Desert Ridge Real Estate AZ shares with you the best authoritative content from subject matter experts and Bathroom Renovations is just one of many articles we have researched for your review. The views and content are those of the author. Learn more about the Desert ridge Phoenix Homes real estate team.