Veterans day parade 2017 is being presented by the Honoring Arizona’s Veterans (HAV) organization that has presented the annual Phoenix Veterans Day Parade 2017 for its 21st year in a row. This year it was held on Saturday, Nov. 11. Television and film actress Loretta Swit appeared in the parade as the Celebrity Grand Marshal. Swit is known for her role as the character Major Margaret Houlihan on the iconic TV series “M*A*S*H”.

The Video below is produced in HD so enlarge to full screen and make sure your speakers on turned on – Enjoy.

The theme for this year’s parade is “Silent Sacrifice,” honoring veterans of the 40-plus year long Cold War. Nearly 20 Cold War Veterans will be riding on a special float in the parade.

Spectators lined the streets to view the parade. Estimates have the number as high as 40 thousand people.

HAV president Aaron Dudney said, “The men and women who serve in our military face many unique challenges, and when they return they are a source of pride for us. We can never repay them for their service and sacrifice, so having an event, like this, shows the gratitude we have as a community for them. That, in turn, helps us to honor them, and that’s why Honoring Arizona’s Veterans puts on this event.”

Several Grand Marshals will also be featured in the parade with Swit, including:

The Veteran’s Day parade started at 11 AM and lasted almost 3 hours with over 90 parade events participating. According to the official parade brochure, the features included:

MILITARY SERVICE: Jeff is a Vietnam combat veteran and served in in the US Army. He served with distinction, and received multiple citations. You can learn more about Jeff Daley here. He produced and edited the Veterans Day Parade 2017 video.

The Veterans Day Parade 2017 can also be viewed on LuxuryValleyHomes.com 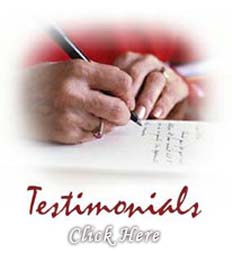